By Alex on June 13, 2013 in Adventure, AdventureTea, Tea, Uncategorized

Long before AdventureTea, upon the first mention of Robert Fortune and his adventures across China to gather tea seeds & samples, we were fans. A man from humble beginnings who ventured into the unknown as a veritable spy and managed to pass himself off as a Chinese native from a “distant” province. We imagine he must have had the same condition of wanderlust as we do.

We began to seek out the stories of other great adventurers who indulged in tea – Robert Falcon Scott huddled in an Antarctic shack, Sir Ernest Shackleton stalking the hoary decks of his ice-locked Endurance, these great men sipping black tea from a battered tin mug, contemplating the tremendous cost of creating history. If only we could, sitting in his cottage in Southwest England, share a pot of tea with T.E. Lawrence  and listen to his tales of Arabia, or, with spurs clanking, walk with Wyatt Earp into a Tombstone saloon and order his preferred drink – tea (rather than whiskey). This is the lost history of tea we wanted to rediscover and share with our friends.

Rather than the tepid pretense of fine-china tea sets and “one lump or two,” the exploits of these great pioneers represent the true nature of tea—a beverage built upon adventure, intrigue, and mystery.

We thought it deserved to be known as such. And we contemplated undertaking this challenge.

Now, just repackaging tea isn’t enough. One can’t simply rebrand a supermarket Darjeeling as “Wyatt Earp Black” and feel they’ve done sufficient justice to the true identity of the tea. We had to do something different. 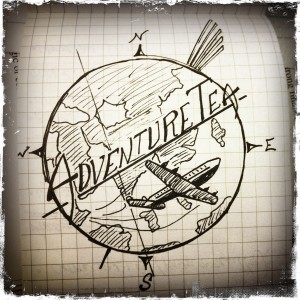 In the past, to get our loose tea fix, we would frequent local teahouses or browse the aisles of upscale specialty grocers. Tea, we discovered, is generally marketed in one of two ways:

1)British: Evidenced by self-conscious and pretentious tea houses, complete with lace curtains, scones, and tables of ladies who, we’re certain, can play a mean game of bridge. As we are generally disinclined to don a corset and discuss the wiles of Mr. Darcy, we often left these establishments dissatisfied. We’ve also witnessed this theme walking down store aisles stocked with your standard tin boxes labeled “Earl Grey” in fancy shabby-chic fonts, purported to be packed by “somebody & somebody/kin”.

2) Zen/Asian: Either colorful boxes of psychedelic-inspired graphics, or modern-minimalist themes, all branded under various translated words and vague assurances of holistic health benefits.

Though (in our humble opinion) these focus-tested marketing stereotypes are hardly representative of real tea, we valued the contents more than marketing and were assuaged for a while.

But as we consumed pot after pot without a single transcendent moment of cosmic enlightenment, we couldn’t help think that such binary marketing was boring (or worse alienating) to veteran & would-be tea drinkers alike. Furthermore, as avid tea drinkers ourselves, where are we to turn after the 150th cup of a wonderful Darjeeling Spring Flush and we want something we’ve never tried before? There certainly are some interesting blends out there, but as purists we wanted pure tealeaves that tell a layered story of their home environment. Were we being unreasonable?

As fate would have it, at a tea festival, we had purchased some Hawaiian Oolong tea. It was quite expensive, but it smelled divine and we’d never had Hawaiian tea before, so out came the wallet. That is now considered to be the purchase that changed everything. After careful preparation at home, we indulged in an experience that would forever alter the way we thought about tea. The nose was somewhat floral, slightly malty, and fresh. The body was creamy, subtly tropical and tasted of rainwater soil and papaya. The finish was long and warm. It was the most unexpected cup of tea we’d had up to that point in our tea-drinking lives. If Hawaii could surprise us with such amazing tea, where else might other great tea be hiding? We immediately thought of wine and the progression of its origins from France, to Napa Valley, to today – where you can buy wines from Chile to China, from New Zealand to Norway.

What about a tea company that sourced exclusively from exotic, adventurous, and unexpected places around the world? 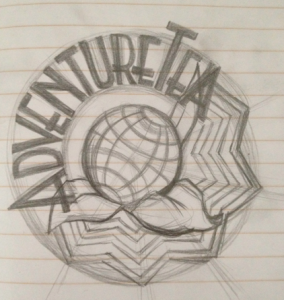 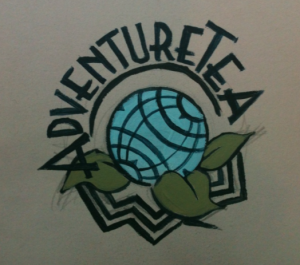 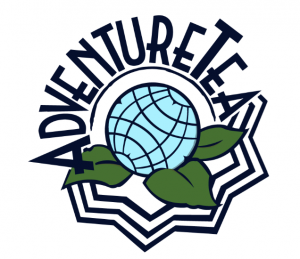 We now had both sides of the equation (albeit with variables to solve for). Discover an interesting way to present and package tea based on its adventurous past, and seek out hidden tea farms outside the generally known borders of tea production. This is where our journey began. The further we went, the more apparent it became that this wasn’t just a business, but a true “journey” that had no predetermined destination. Our entire business model began to reveal itself as a continuous search around the globe for local tea farms producing amazing, rare, and limited production tea, bringing tea-drinkers just like ourselves a brand new experience.

Now, as we launch, AdventureTea® is proud to feature the beginning of what we hope will become a long list of adventurous teas, herbal teas and forthcoming tea ware to expand your tastes and your imagination. From our hand-painted labels reproduced on satin cloth and our renewable paulownia wood boxes, to the personal relationships that we’ve cultivated with our growers and the fresh leaves they send to us directly – we take pride in carefully crafting every aspect of our brand. Each box of AdventureTea® was assembled, packed and shipped in the spirit of global adventure and specifically intended for those who will adopt it as their fuel to reach brave new heights in their own personal journeys.

Welcome to the expedition. We hope you enjoy the Adventure. 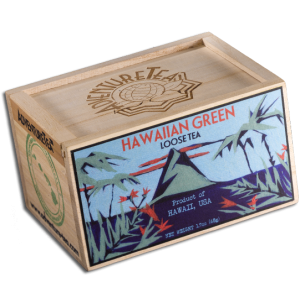 Enter your Email for updates!

Join us in the adventure